The e28s are operated by single fuel pump located underneath the trunk … BUT! Some of the cars ( all m535s, m5s , all euro SETAs and all EURO e28s produced after  Oct. 87 ) are coming with that extra* intank pump (#7) . In all other cases you shoud have just a plain suction tube and fuel level sensor combined in a single device (#4)
*Nota Bene !  Your intank pump doesn’t replace your main pump. They work both together.

Why you should have an intank pump (if you don’t) .

If you’re driving on a curvy road or participating  a trackday (with stock suspension) with less than a quarter of a tank, you might notice some significant power loss and surging on cornering, and that’s because your main pump is sucking air . Another thing would be a vapor lock. And on turbocharged applications – lean mixture is the thing that would put down your engine. So you need to make sure this pump is working. Having in tank pump might greatly improve your car response since it minimize the fuel flow interruption and the air bubbles in it. And if you do have pre-supply pump that’s not working properly, it blocks the flow, overloading the main pump. Not good again.

How to tell if the pump is working.

Open the lid under your trunk carpet and if you have intank pump – you should see this : 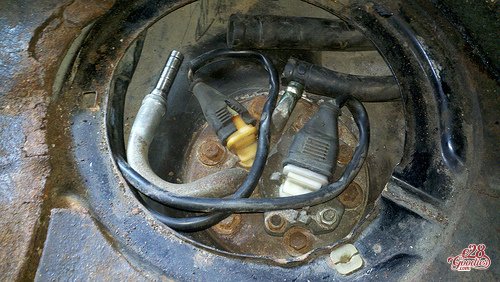 The white 3 pin connector is for the fuel level gauge and warning light, the yellow 2 pin connector powers up the intank pump. Just get a multimeter and measure the values on a running car. Everything above 13 volts sounds good. Everything below means either bad pump or a bad ground ( chances are 50/50 ). If you get 0 volts,  – dead pump for sure.

What are the options with a dead pump?

The whole assembly is expensive thing even on ebay. Brand new unit goes for almost $400 + additional shipping charges. And believe or not – you’re paying just for the pump, because most likely your suction tubes would be just fine. Used item would be almost in the same condition – it doesn’t worth the money, except if you need just the hardware so you could upgrade your fuel delivery system  to intank pump.

And this is where we’re stepping in.

We found a compatible pump, with dimensions that are really close to the original one. Works great, fits great, its made by Magneti Marelli and costs pennies compared with the original pre-supply pump. 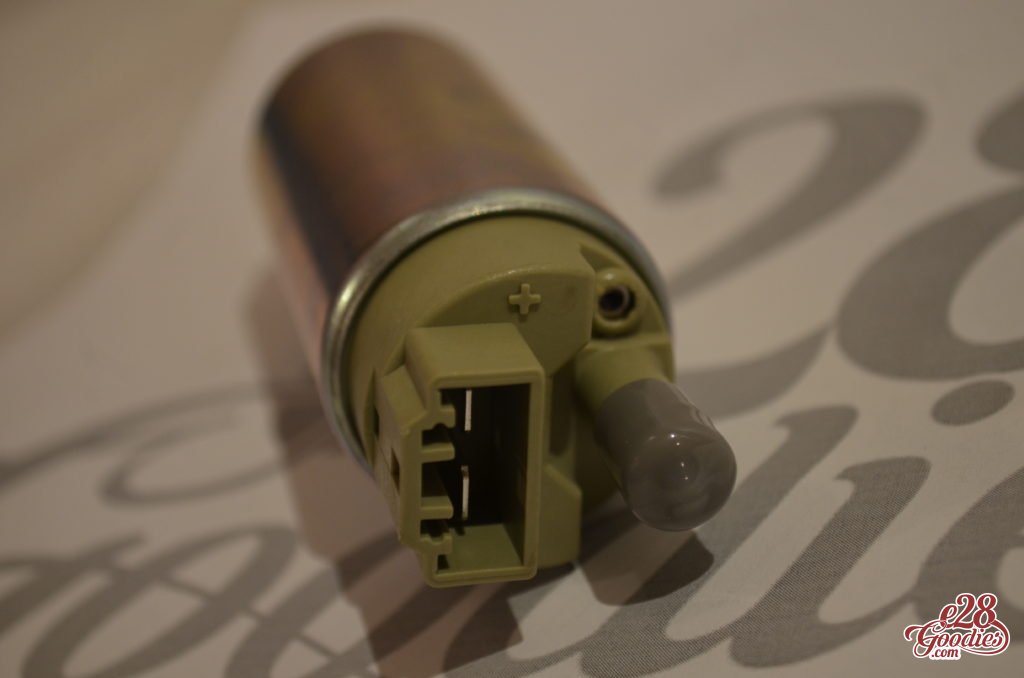 So it was 11 at the evening, we were talking with Stan, playing that ridiculous Viber game and trying to remember what was the model of that fuel pump that I used for a wild project some years ago. Then out of a sudden it got me – i didn’t had a clue about the model, but i remembered where i hide it. 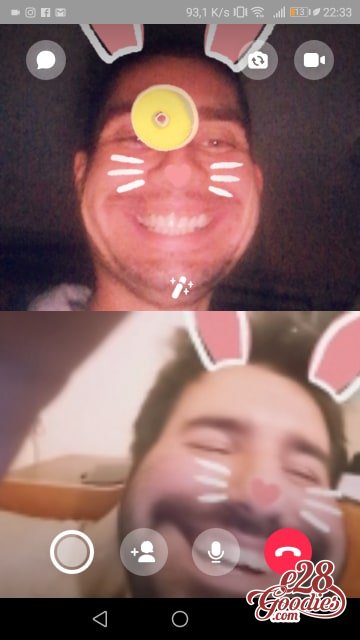 My s54 swapped e28 was parked outside, i knew my oem pump isn’t perfect and once i found the thing i was looking for, there wasn’t anything to stop me to get it done right there, right then. So in summary. The pre-supply fuel pumps are two types. Type 1  screws into the tank and type 2 bolts to the tank..

What you need to do first would be to take off the hoses clamps and connectors, unscrew the 4x 10 mm nuts and pull off the fuel gauge sensor. 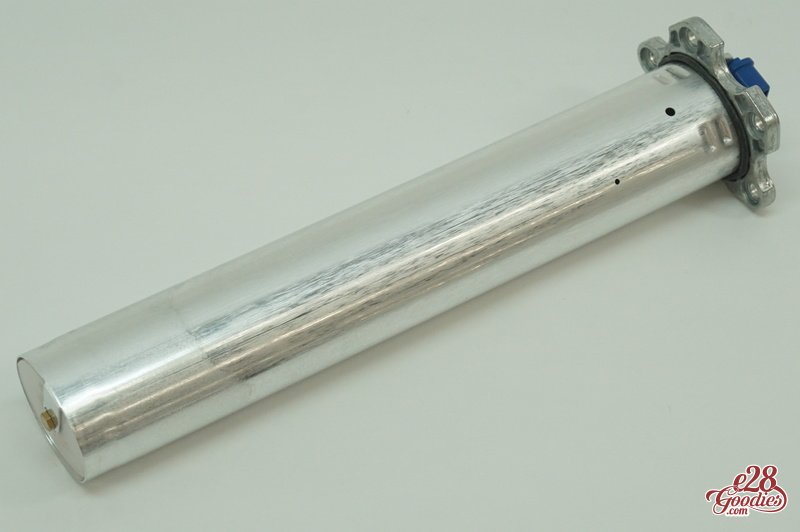 Then (type 2) remove the rest of the bolts and get out the pre-supply pump OR  (type 1) Using a small hammer and a flat screwdriver, hit gently between the teeth of the suction tube flange. You should be able to turn it counterclockwise by 10 degrees and it’s out.

You should have this in your hands. 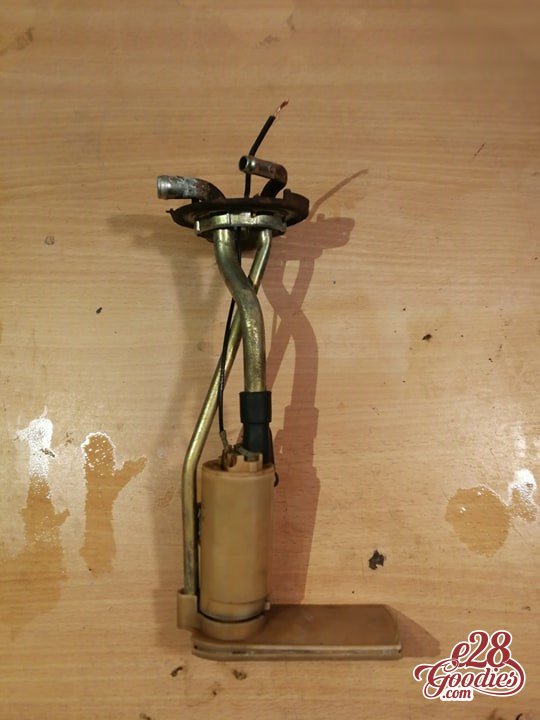 Im measuring 130 mm between the top of the grommet and the lowest part of the OEM pump. 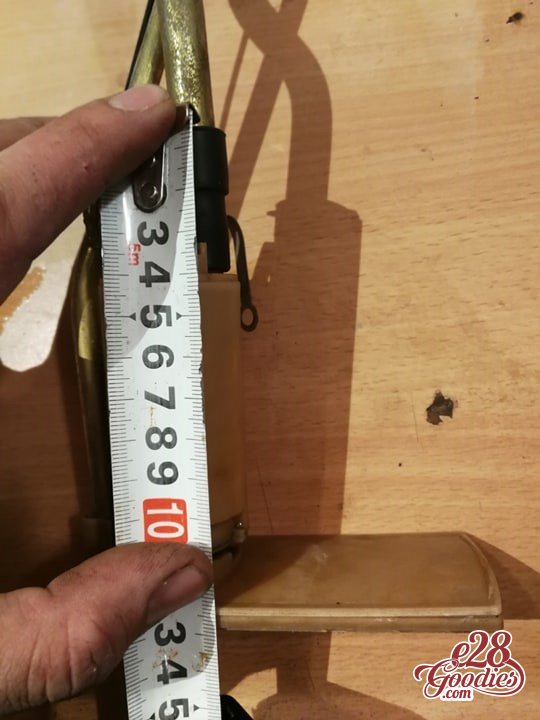 When the grommet is installed on the new e28goodies pump it says 140 mm.

That means i had to shorten the suction tube with 10 mms, i made it 20 just to be sure it would fit nice and clean.

I was hoping to use the original wiring, but then it turns out somebody already “fixed” the wires and broke the oem connector so i’ve decided to do everything all over again by using 2 fresh new wires. I tapped out the orignal plug, let them trough the hole and sealed it with a hot glue ( i was concerned it would fail for sure, but three months and few full tanks later its still there and still good without any leaks or petrol scent).

So all I had to do was just to install the Magneti Marelli fuel pump without any troubles and secure it at place with few zip ties. 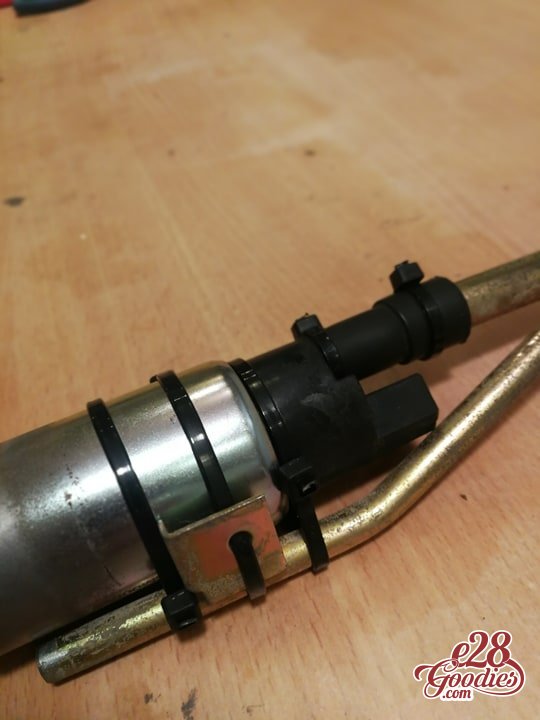 Including one that separates the positive from negative wire. You don’t want them touching each other. 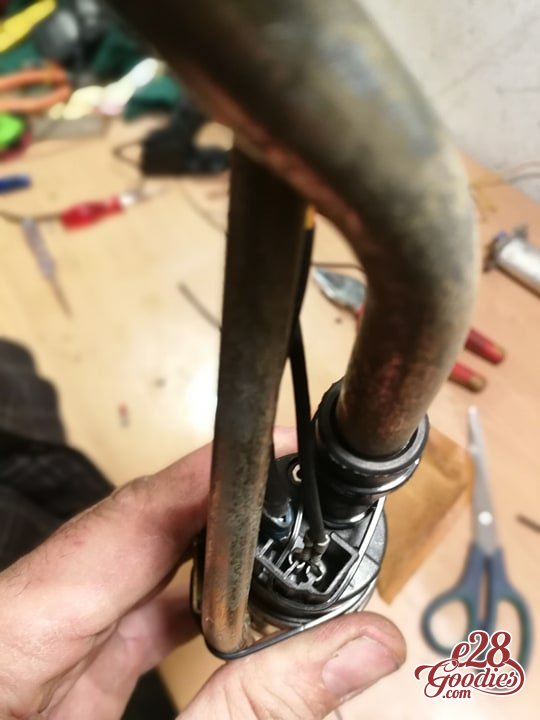 Final thing was to make sure the pump is nicely positioned and  there is enough room for the fuel level sender.

Had to test of course for a double check.

Got everything back on the car in no time, replaced the old o-ring at the top of the flange, measured those 13.8 volts at the pre-supply pump. Job done !